Chaney was backed up by one of the best supporting casts ever assembled for a Universal monster movie. Evelyn Ankers (Gwen Conliffe) was Universal’s leading female horror star in the 1940s, and she frequently starred alongside Lon Chaney.

Ralph Bellamy (Colonel Montford) was nominated for an Academy Award for Best Supporting Actor in 1937 for The Awful Truth, and he had a long and varied career that included roles in His Girl Friday (1940), Rosemary’s Baby (1968), Trading Places (1983), and Pretty Woman (1986). (1990). Patric Knowles (Frank Andrews) had a long and varied career, acting in films such as Robin Hood: Prince of Thieves (1938), How Green Was My Valley (1941), and Chism (1943). (1970). Along with Lon Chaney, Jr., he would feature in the second Wolf Man picture, Frankenstein Meets the Wolf Man (1943). Apart from Chaney, the film’s three most memorable performances come from Claude Rains, Bela Lugosi, and the peerless Maria Ouspenskaya. Claude Rains, who plays Larry’s severe and scientifically inclined father John Talbot, began his career at Universal, where he played Jack Griffin, better known as The Invisible Man, in the starring role, albeit he was mostly unseen (1933).

Rains became one of the most respected character actors of all time, avoiding the typecasting that plagued his predecessors Bela Lugosi and Boris Karloff. He appeared in a wide range of films, including The Adventures of Robin Hood (1938), Casablanca (1942), Phantom of the Opera (1943), Notorious (1946), and Lawrence of Arabia (1962), among many others. Despite the fact that Lugosi just appears briefly as Bela, the fortune teller, he gives it his all, as he always did. As the werewolf that bites Talbot, he leaves an indelible effect on the film and the main character. Maria Ouspenskaya has left an everlasting mark on film. She was not just a well-known actress, but also an acting and dance instructor. She was twice nominated for Academy Awards for her parts in Dodsworth (1936) and Love Affair (1939), and when she came to Hollywood in the 1930s, she created The School of Dramatic Art in New York City in 1929 and The Maria Ouspenskaya School of Dance in Los Angeles. Though her portrayal of Maleva is now regarded as a worn cliché, it was groundbreaking at the time. She is the wise woman who both instructs and warns. Maleva’s progeny have appeared in horror films throughout history, sometimes as foreshadowing characters like Crazy Ralph (Walt Gorney) in the first two Friday the 13th films, or more directly as characters like Tangina Barrons (Zelda Rubinstein) in the Poltergeist series. Despite her impressive resume, Maleva remains Ouspenskaya’s most well-known part, which she would reprise two years later in Frankenstein Meets the Wolf Man.

The Wolf Man would be Universal’s famed Jack Pierce’s fourth iconic monster make-up (after Frankenstein’s monster, the Mummy, and the Bride). Pierce had already established himself as a master of hair make-up, as evidenced by his work on the human-beast hybrids in Island of Lost Souls (1932) and Ygor (Bela Lugosi) in Son of Frankenstein, but the Wolf Man represents the pinnacle of his talent. He had designed a very similar look for Henry Hull in Werewolf of London, but the star and the studio asked him to tone it down so Hull could be recognized. Chaney, on the other hand, had no such restrictions, finding the process exhausting and the make-up itself unbearable. In addition, he and Pierce did not get along. With the potential exception of Boris Karloff, no performer spent more time in Pierce’s chair than Chaney, who played the Mummy twice in addition to his Frankenstein’s monster and Wolf Man roles. Despite his dislike for the make-up, Chaney consented to reprise his role as the Wolf Man four more times, making him the only major Universal monster to be performed by the same actor on several occasions.

Following the original, Chaney starred as Larry Talbot and his hairy alter-ego in a number of 1940s “monster mashes.” The first of these was Frankenstein Meets the Wolf Man, as previously mentioned. The popularity of having two monsters fight led to the 1944 film House of Frankenstein bringing together a large number of monsters. The monsters reunited the following year for House of Dracula, in which Larry Talbot is eventually cured of his lycanthropy and finds happiness. This solution was forgotten in favor of one final team-up in the horror comic classic Abbott and Costello Meet Frankenstein (1948), in which the comedy duo also meet Dracula (played by Bela Lugosi for the only time on screen) and the Wolf Man. 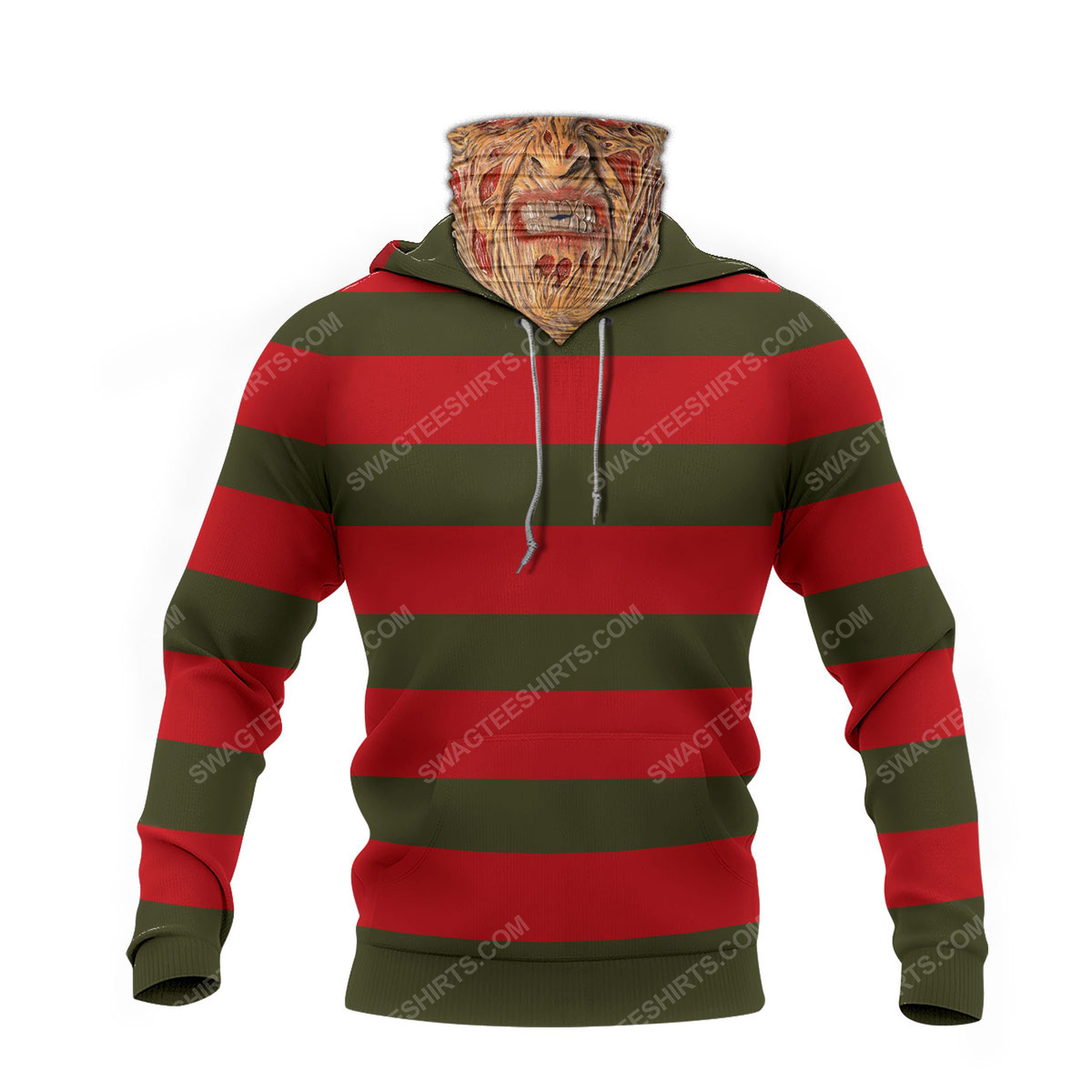